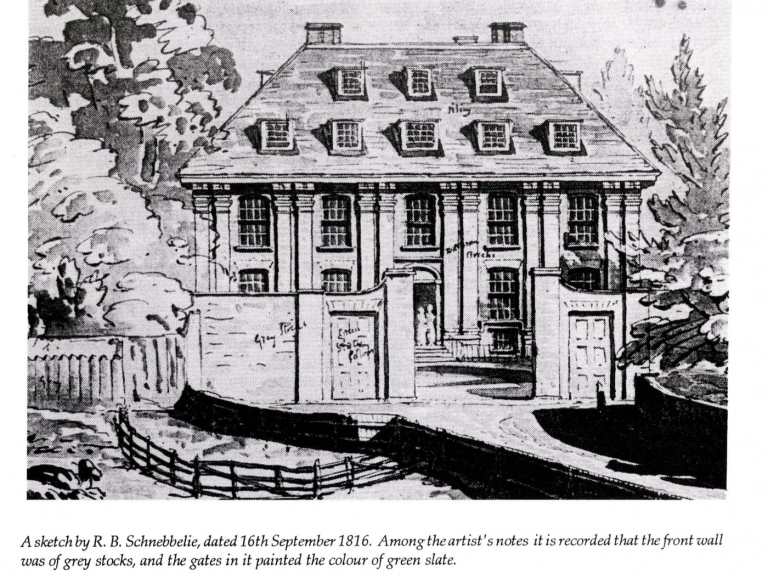 This elegant small manor house is believed to have been erected around 1635, probably on the site of the mediaeval Hoxton Manor. It was situated near the border between the parishes of Shoreditch and Hackney and was originally approached by travelling north up a tree-lined avenue from Hoxton. George Whitmore, Mayor of London made Balmes his home, then it was sold to Richard de Beauvoir from Guernsey in the late 1600s. It was rented out as a mental asylum before being demolished in the 1850s, when the surrounding land was covered over with the pretty Georgian and Victorian houses of today’s De Beauvoir Town. Look out for my next walk exploring the story of De Beauvoir Town.