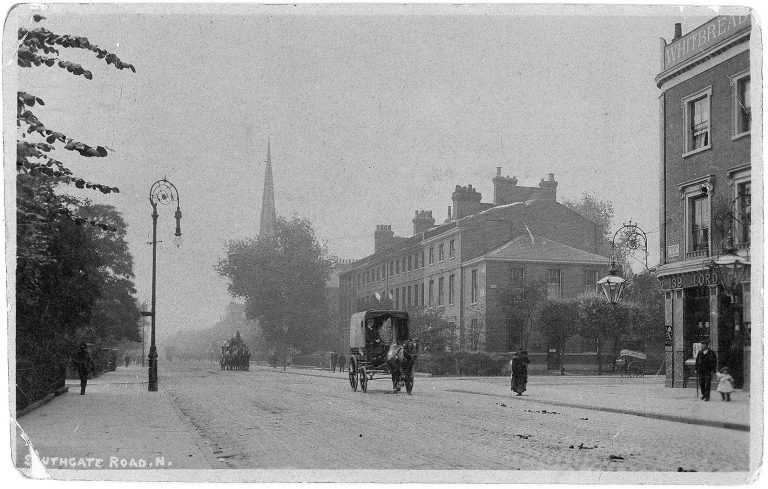 This view, from around 1900, is looking south down Southgate Road N1 from near the junction with Englefield Road. The pub on the right is the Lord Raglan, now replaced by a modern block of flats.

Further south, a tall spire looms over the horse-drawn carriages in the street …. this was Trinity Presbyterian Church, built in the 1850s as the new home for what is thought to be the oldest non-conformist ‘Scots Meeting’ in London. The congregation originally met in Founders Hall in the City in 1665, moved to the nearby corner of London Wall and Coleman Street, then built this magnificent new church in Islington. It was demolished in the 1950s, although the vicarage or manse still stands next to the site.

There are several more lost, repurposed and relocated churches and places of worship for different denominations and faiths dotted around close to where Trinity Presbyterian once stood. Look out for my next walk exploring the story of De Beauvoir Town.