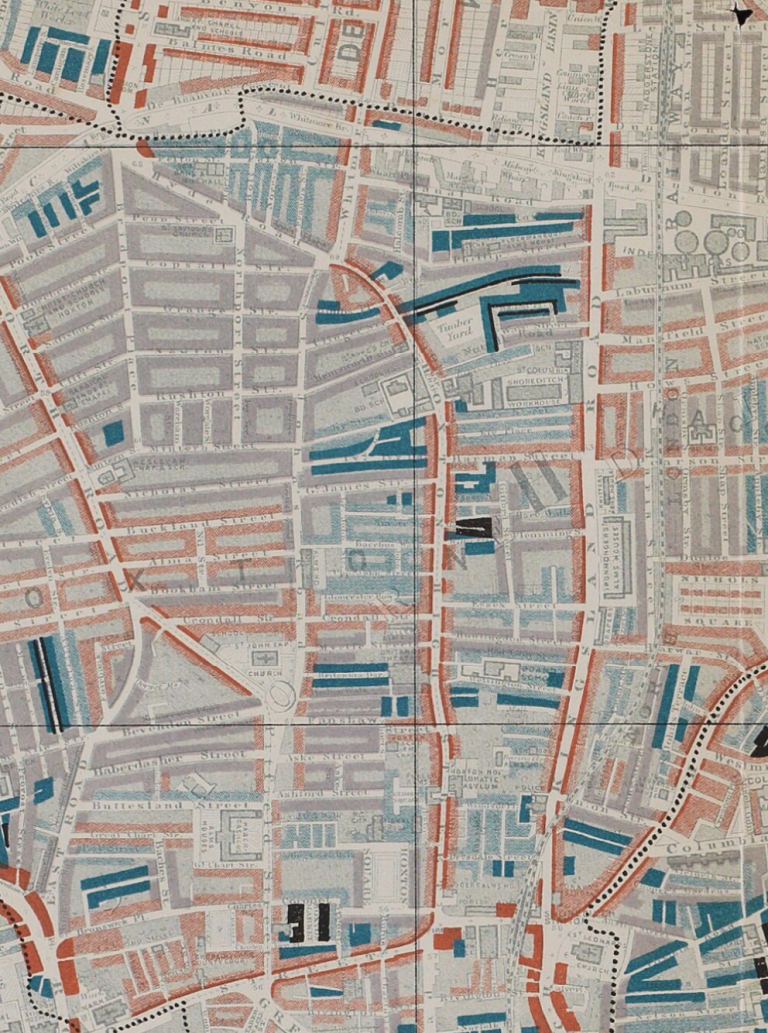 This map is taken from Charles Booth’s Poverty Survey in around 1898. Booth walked the streets of late Victorian London, accompanied by a local policeman, then produced maps and notebooks describing the inhabitants and prevailing social conditions.

Our map approximately covers the area of todays’s Hoxton Street and Shoreditch Park down to Old Street – The Rosemary Branch, by the canal and Southgate Road, is top left; Kingsland Road runs vertically north/south on the right; St Leonard’s Shoreditch is bottom right.

The whole area is tightly packed with industry and housing. The colour coding represents degrees of poverty – dark blue to black is very poor to criminal, purple still poor, pink more respectable. Shoreditch Park was mostly green open fields 200 years ago, then rapidly built up with small terraced houses as London’s population grew in the 1800s and industry proliferated, particularly around the canal. The area became poor, dilapidated and overcrowded, then was bombed repeatedly in WWII.

In the late 1940s/1950s pre-fabricated houses were erected on bomb sites for those displaced by the war, then the area was eventually cleared and returned once more to fields in today’s lovely park. Hear more about the area on my next Historic Hoxton walk.