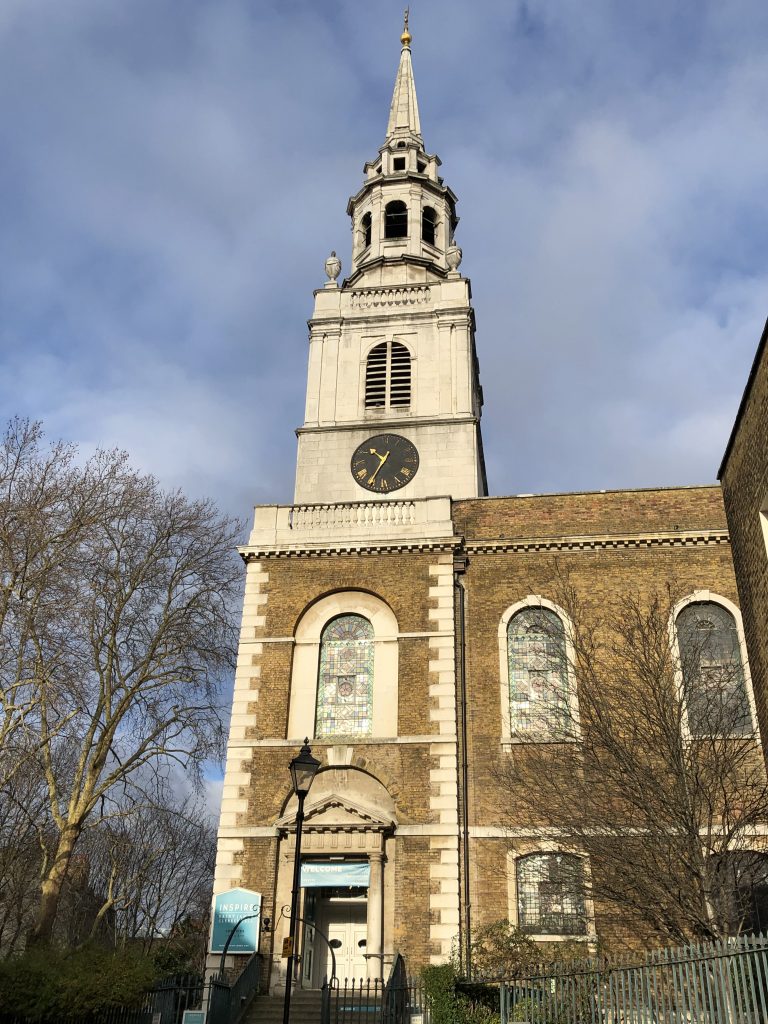 This church in the photo is St. James Clerkenwell, built by a local architect, James Carr, in 1788-92. It lies on the same ground as the far more ancient buildings of St Mary’s Nunnery, founded in 1144 by Jordan and Muriel de Briset – hence ‘Briset Street’ nearby. In another story of how local names came about, the nunnery took its water supply from the ‘Clerks’ Well’, which came to describe the whole area.

St John’s Priory, on the other side of Clerkenwell Green, was founded around the same time as the nunnery, and there were even said to be some secret tunnels connecting the two monastic establishments.

Some remnants of the nunnery walls can still be seen today – join me on my next walk around Clerkenwell’s Monastic Quarter to hear much more.