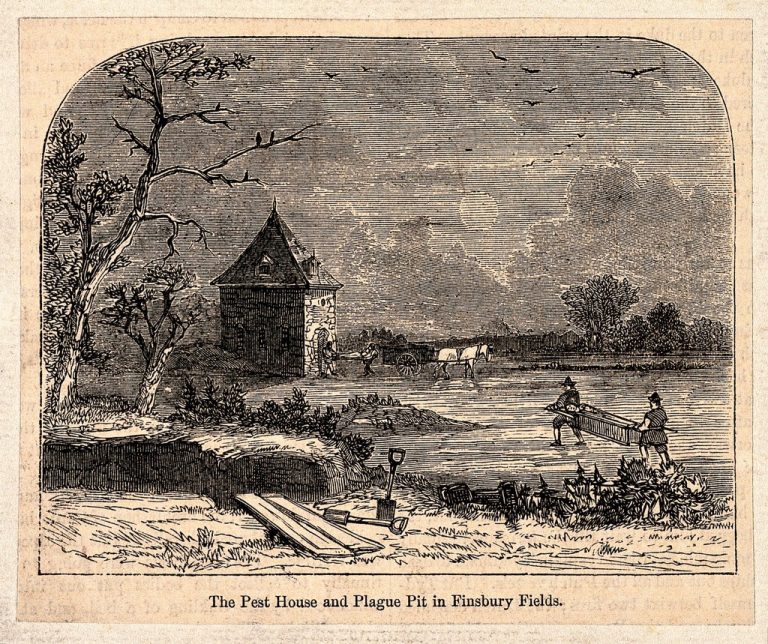 If you lived in the City of London and showed symptoms of plague in 1593, you were sent to one of the ‘Pest Houses’ outside the City boundaries to recover….or not. This house in Finsbury was used again and again, for recurring episodes of the plaque in 1603, 1625 and 1665. 15-20% of London’s population died in each wave of the plague – but the capital always bounced back.

The dead were also buried here in plague pits, and the area became a tent city for the dispossessed after the Great Fire of London in 1666. The decaying Pest House building was then passed to Huguenot refugees in the late 1600s, who subsequently built a hospital here. My next ‘Beating the Bounds’ II‘ walk around the Islington border near old Finsbury and Shoreditch reveals more.